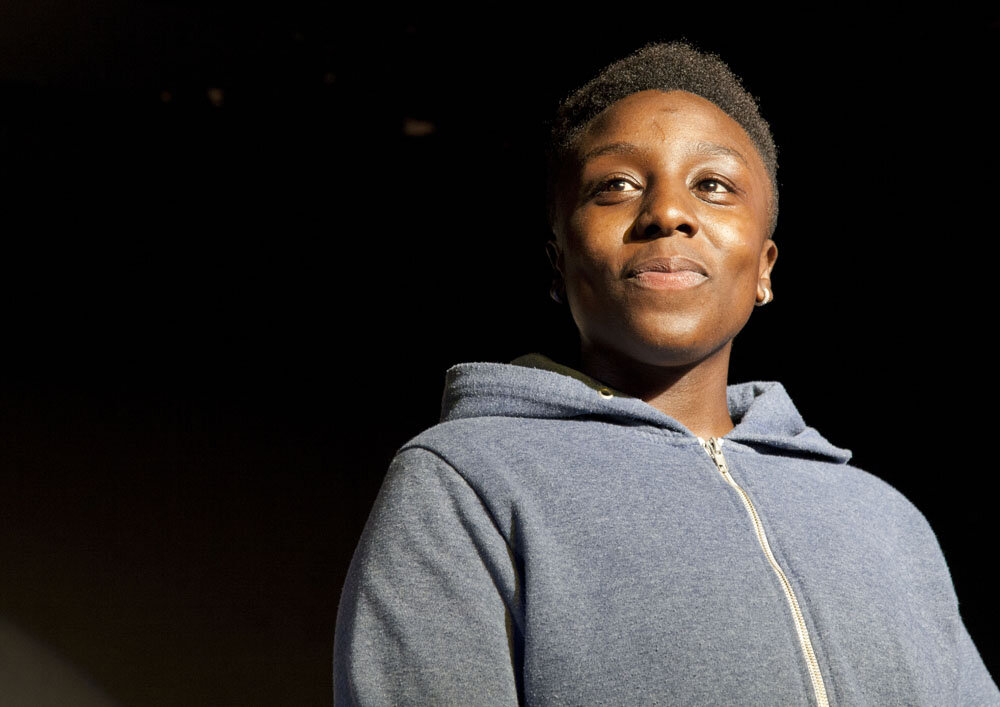 Azara is a multi-disciplinary artist working with live art and film, poetry, breakdancing and theatre.

Through these forms Azara explores themes of sexuality, gender, racism, classism and homophobia and explores the struggles faced by individuals, highlighting the cultural limitations, beliefs and society’s stereotypes.

Azara has worked with such artists as, playwright Roy Williams, Company 3, David Hoyle, Ursula Martinez, Duckie, Talawa Theatre Company, Ella Mesma Company and Some Voices. She has also performed as a dancer at Sadler’s Wells Theatre and The London Olympic Opening Ceremony 2012.

Her first live solo performance I Am A Woman was created in Jamaica, and went on to develop a video adaptation of the piece which screened at the BFI Flare Film Festival 2017. As well as the BFI, it has also screened at seven film festivals across London, Berlin and New York.

Her work “Just Another Day” debuted at Resolutions and Talawa Firsts 2017. This piece incorporated High Opinion Drums, a Rastafarian Nyabinghi Collective creating a rhythmical canvas for the lyricism of my words and movement. Azara was also a part of Studio Firsts to begin working on the second part to “Just Another Day” which is called “Just Another Night”. This piece explores racism, classism and homophobia all in the events of one night at a house party.

Azara is also the Artistic Director of the Duckie QTIPOC Collective for young people between 18-26yrs and has also set up a revolutionary and exciting night called M!X !T! which aims to bring everyone together for a night of dancing, amazing shows and great vibes.